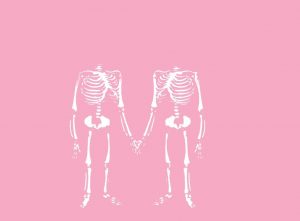 Their love was good. It wasn’t great, just good. It was sweet but lacking passion, and it was fine for the time being but she knew that eventually, she would need something more, and she would break his heart. She was almost like a ticking time bomb, and when the time was up, he would just be another casualty.

And it happened. One morning she told him out of nowhere. ‘‘We should break up’’ she said.

They were on the couch with his head on her lap and eyes closed. His face was still the same. He didn’t say a word as if he didn’t hear what she said. ‘I don’t love you anymore’ She continued. ‘‘we should break up’’

‘‘Because I don’t ever want to forget you.’’ His voice was shaking, or so she thought.

‘‘Maybe not. But there’s a special sort of memory that comes with being ruined.’’ His eyes were open and he was looking up at her now. But there was nothing in them, she couldn’t read them like she did with everyone else. Maybe that’s why she wants out because she can never be sure about him, about his love, about the things he says.