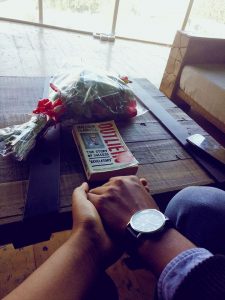 She was in love with the person he wanted to be, not who he actually was. But neither she nor he will figure that out until it’s too late, way too late.

He was confused between the person he is and the person he wanted to be. And this confusion of him will kill her sometime in the future, and when the time comes she will just be another casualty in his journey of looking for himself.

And with that, she was killing herself. Only worse. Because instead of a body, she is killing a soul.